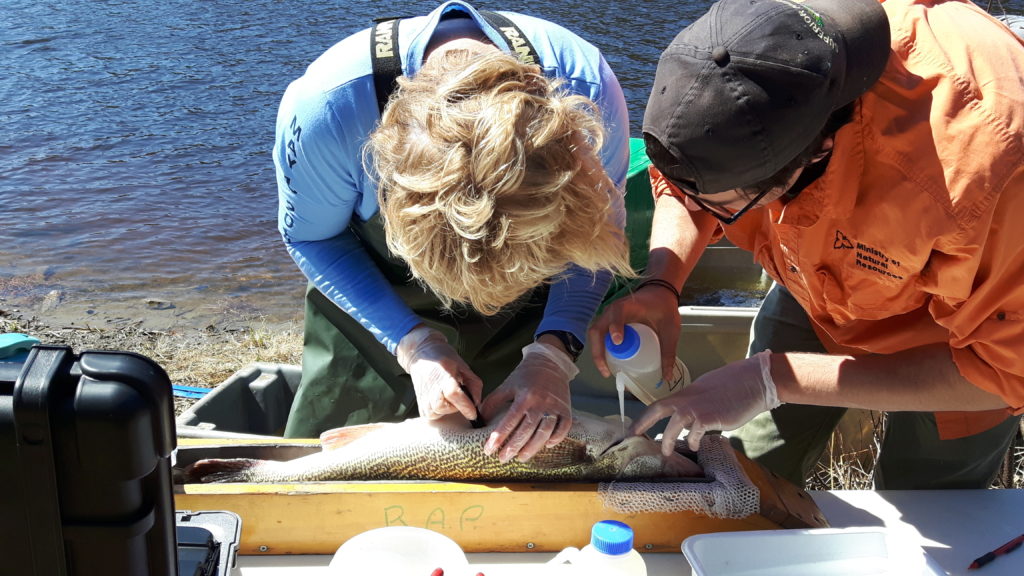 It is becoming apparent that activity, movement and habitat use are a major component of fish life histories, but are rarely accounted for when considering life history relationships and tradeoffs generally.

The walleye population in Black Bay, Lake Superior, crashed in the mid-1960’s and has only shown signs of recovery within the past decade. To evaluate current restoration efforts and their impact on Walleye in Black Bay, we are examining the movement ecology of Walleye along the north shore of Lake Superior. This work is in collaboration with the Ontario Ministry of Natural Resources and Forestry and Fisheries and Oceans Canada. Graydon McKee is evaluating relationships between fish movement and life history strategies in Walleye.

Our Walleye movement ecology work is now moving into Lake Winnipeg, where Nicole Turner will be leading a collaboration between our group, DFO and the University of Manitoba to investigate changes in the movement patterns in Lake Winnipeg using both unpublished tagging data from the province and more recent telemetry data being collected by DFO.

Lake Sturgeon are a threatened but important species in many Canadian rivers. Post-doctoral researcher Liset Cruz-Font is investigating movement of Sturgeon in the Ontario far north and developing agent-based models to understand the potential impact of development on the behaviour and life history traits of this iconic species.

With Justin Hubbard, we are also determining if survival rates are different between fish that have received surgeries for acoustic tag implants compared with those handled on a regular basis at the IISD-Experimental Lakes Area, using long-term data from tagging experiments since 2002. 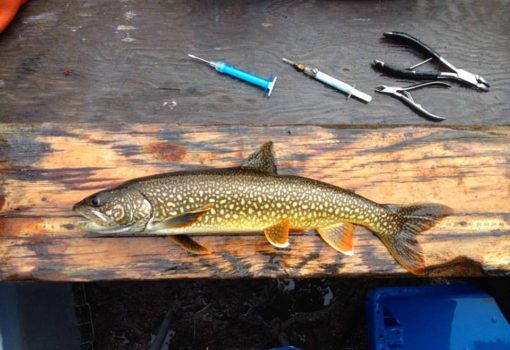