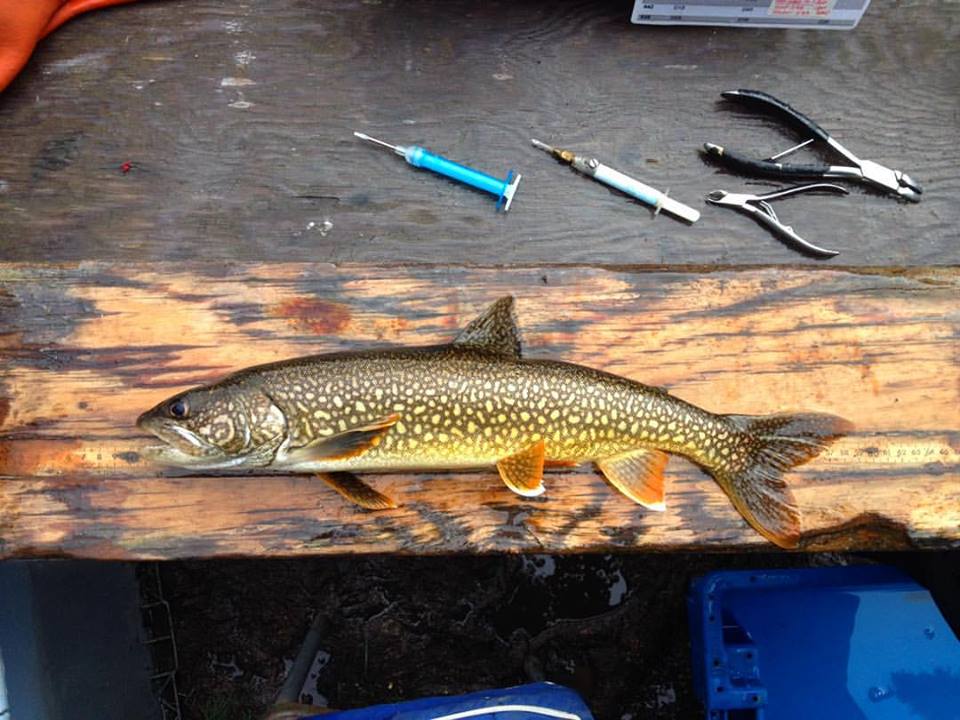 At the IISD-ELA, we have initiated SHRRIMP; the Stenotherm Habitat Restoration through RecolonIzation of Mysis Project.

The freshwater shrimp, Mysis diluvania,  occupies many deep, stratified inland lakes on the boreal shield. It is a glacial relict species, and widely considered to be a “keystone” ecological species with regards to it’s effects in shaping zooplankton communities and promoting growth rates in fishes. However, it is highly sensitive to ecosystem change. During the acidification of lake 223 at the IISD-Experimental Lakes Area, Mysis were extirpated and never recolonized the lake. Lake trout in the lake display slower growth, higher mercury concentrations, and smaller population sizes since the extirpation of Mysis. We will evaluate (a) the record of extirpation of Mysis from the sediments of lake 223, as a means of determining the historical presence of Mysis in boreal lakes, and (b) are reintroducing Mysis to lake 223 as an ecosystem restoration measure, to determine if this action helps recover the lake trout population in lake 223.

Here’s a twitter thread explaining how we move Mysis from one lake to another.

Andrew Milling has compared the zooplankton and fish communities of Lake 223 before acidification (with Mysis) with more recent data to evaluate changes in food web structure. Ty Colvin used our cool ROV to examine changes in the benthic community of Lake 223 due to the absence of Mysis.  Bryan Matthias has been putting his skills to work with Ecopath/Ecosim to help evaluate whether the model predicts the changes we observe since Mysis has left the system, and will allow us to make predictions about how the food web will change as they become re-established in the lake. Scott Bergsonused eDNA to see how effective sediments in Lake 223 are at preserving Mysis DNA, using Lake 223 sediments as a test case for understanding if we can use sediment cores to reconstruct the previous community in disturbed lakes, which could aid in biological restoration efforts (spoiler alert- we can). Alex Ross will be looking at changes in the spatial and vertical distribution of lake trout using acoustic telemetry as Mysis in the lake re-establish. 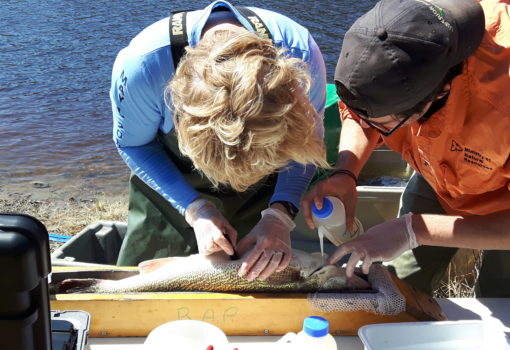 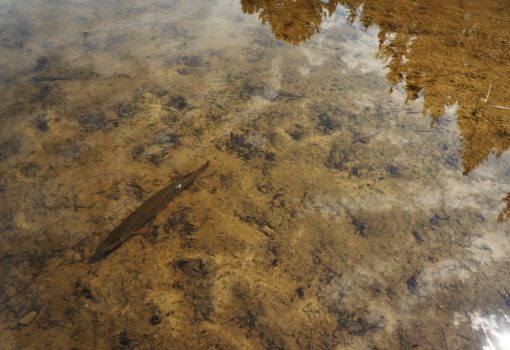 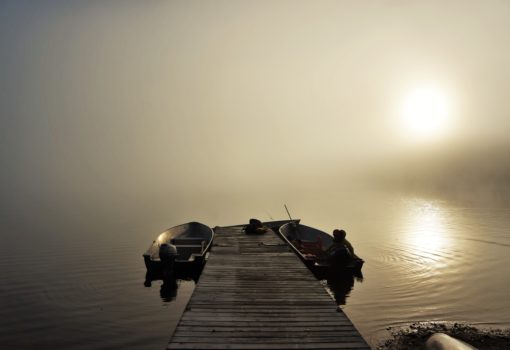